Do you know where to sell green laser pointers？

To be simple and intuitive, the laser is this kind of high-energy beam. The laser with 100mw output power is to concentrate the power of 100mw on a few mm² area and output. Think about the energy density of 0.1 joules per second, heating on a small area of ​​10e-6m², how high the energy density is. Naturally, the temperature of the irradiated point will rise sharply, resulting in a burning effect. In addition, some laser flashlights have a focusing function, which can converge parallel beams of light, and the light spots are concentrated in a smaller area, and the burning effect is further greatly improved. But even so, if you want to burn cloth, wood, plastic, etc., the more popular 200mw power laser needs to be continuously irradiated at the same point for at least a few seconds, and it takes longer to encounter white or the same material as the laser color. So there is no point in hurting people at all. 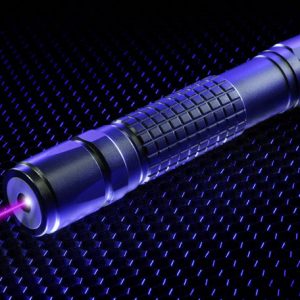 Of course, the energy of the laser attenuates greatly as the distance increases, so even the most powerful 1000mw445nm blue laser flashlight currently available on the market can basically burn nothing at a distance of 2m.

But even a laser pointer with a low-power laser (above 50mw) can damage the eye at a relatively farther distance (because the imaging principle of the eye is that the lens converges the light captured by the eye on the retina, and this convergence is more Powerful, it can magnify the energy density of the laser beam that enters the eye and project it on the retina, which will quickly damage the retina)-so compared to burning things to light firewood or something, the damage of the laser to the eyes is worth worrying about